A gasp of astonished joy. The urgent holler of a young girl inviting you to, “Come out! Come on out!” Birds singing in the trees at sunrise. A melody that suggests the promise of a summer yet to come—the best summer of your life. These are the sounds of Early North American, the beguiling sophomore release from acclaimed Toronto duo Girls Are Short.

The best pop, whether implicit or explicit, expressed in music or in words, evokes the feeling of being young, free, and in awe of the extraordinary scope of everyday life. Girls Are Short—Daniel (DAN-Z) and Alex (AL-P)—know this intrinsically. Early North American is the memory of adolescence buffed to a fine, soft glow in the mists of hindsight, a tour de force of pop proficiency that captures the beauty, romance, absurdity and sadness of youth in little more than 40 minutes.

“A lot of what we do is guided by what we want to hear but that isn’t out there, which is why sometimes we’re a bit surprised ourselves by what we make,” AL-P explains from the duo’s undisclosed Toronto bunker. “You could say we aren’t quite aware we like a certain type of song until we make it. “We both hardly listen to music in the sense of keeping up with what’s new, but we have a fairly large stock of records from all kinds of genres and levels of obscurity in which we find elements that we like. Nothing particularly influences us as a whole, but small details and sounds from a wide variety of things leave an impression.”

“I’d like to think that we work without a trace of irony or putting on airs,” says Daniel. “We’re more about recapturing a feeling about music that we used to have. We both found ourselves very dissatisfied with what was going on in terms of music, so we’re looking for a feeling of excitement and innocence in music rather than trying to address something personal.”

Music lovers untainted enough to embrace the pure pop spirit of Early North American will know that feeling well. There are your headphones, there’s the door, there’s the sun. You know what to do.

Al-P is also the mastermind behind MSTRKRFT.

“an impressive album loaded with charming dance-beats, original constructions and a unique vibe that speaks of nothing but itself”
-Punk Planet

“the songs on this CD take me to the beginning of July, when the summer seemed forever, every night was an adventure and around every corner was a potential new love”
-Broken Pencil

“earlynorthamerican manages to be exhilaratingly relentless, soothingly ambient and ridiculously catchy at the same time”

girlsareshort at Last.FM
MSTRKRFT at MySpace 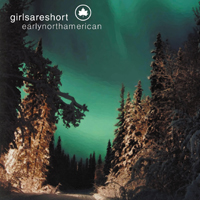