The Cansecos are relentless in their pursuit for the future of electronic rock. Their forward efforts in electro-funk rock and, sometimes disco productions melded with classic pop song-writing have earned them praise from Pitchfork Media, Uncut Magazine and the NY Observer for their unique musical soundscapes and visionary production.

On their recent sophomore release Juices! (Upper Class Recordings) The Cansecos enlisted the help of Adam Nunn (Radiohead, Air) at Abbey Road Studios. The result was heavily textured sounds, layered in 70’s funk rock production that marked a departure from their debut. The Cansecos remain true and comfortingly familiar, but with an absolutely modern style all of their own.

Their self-titled debut album (Upper Class Recordings 2003) was created using little more than some outdated, falling-apart computers and a four-track recorder, but the resulting sound, feel, image, is something truly original. Their inventive sound caught the attention of the indie-pop and electronic underground, and landed the track “A Common State Of Being” in the Canadian cult film, A Simple Curve (alongside fellow psychedelic sound explorers Caribou).

In keeping with their visionary antics, The Cansecos initially released a full-length bootleg version of Juices! Aptly entitled, Juiced! The disco mash-up project, remixed tracks from Juices! “Raised By Wolves”, “Fight Yellow”, “Seen The Sun Rise” were ambitiously blended with original disco jams of the ‘70s. Juiced!, available only on the band’s website and circulated through live shows, peer portals, and blogs, caused more of a stir than most traditional releases of 2007. That led The Cansecos to release a 70-minute disco mix tape, Showers. Showers displayed the musical inspiration behind Juiced! and made the All Music Guide’s Top 10 Mixes of 2008 alongside Santigold, Diplo and Simian Mobile Disco. Both Juiced! and Showers are still available as free downloads at www.thecansecos.com

The buzz surrounding the back to back releases of Juiced!, Juices! and Showers had music heads celebrating the redefined concept of an album, as well as attracting attention from their music peers, which landed The Cansecos back in the studio for most of 2008 producing and remixing some of the finest artists of the electronic dance and indie scenes (The Russian Futurists, Sally Shapiro, Black Kids).

Once in a while The Cansecos step away from the keys and knobs in their lab, and assemble their four-piece line up; “The Billionaire” and “Generous G” with rhythm aces “Princely P” Paul Prince (bass) and “Stealy” Dan McCormick (drums) jump on stage, and reveal their live prowess to the usual dressed to impress enthusiasts ready to hit the dance floor for the rapture of The Cansecos.

The Cansecos are elated by their recent accolade, as their track “Raised By Wolves” (Juices! Upper Class Recordings) wins first place in the most celebrated song writing competition in the world, The International Songwriting Competition for Best Electronic/Dance Song of 2008. Over 15, 500 songs were considered by a judging panel stacked with legends, as diverse as; TPain, Robert Smith, Tom Waits, Jerry Lee Lewis, Ray Davies, Black Francis, Chaka Khan, Tiesto and many more, winning the ISC Grand Prize is an accomplishment that recognizes excellence in the craft of songwriting. The admiration bestowed on The Cansecos is a great honour and achievement.

“a stylish successor that refines the thrift shop pop of their debut. It’s an understatement to say they’ve developedtheir sound — the synths now glide like silk and theirattention to detail for the finer points in production,be it intricate percussion (see “Lunar Landing”)or layering their library of synths, shows they’vebecome compulsive producers. As evidenced on their firstalbum, they also know how to write a pop hook, which ispublicised instantly with the swelling Balearic harmoniesin “Seen the Sun Rise” and the electro slideof obvious single “Raised By Wolves.” WhereJuices! prospers most though is in its shameless ambitionto both hang loose and chillax, which it essentially implementsin “Rise Up,” the most blasé call foraction you’ll ever hear. Juices! tastes great andis less filling.”

“While The Cansecos might delve into an oh-so-familiar “I made this on my laptop while the world slept” aesthetic, the now-a-quartet succeed where so many others fail. Tracks sound familiar but not comfortable, assured but blindly ambitious. They’re constantly keeping you on your toes with myriad-layered beats and vocals that are ethereally robotic. Their production is clean and the arrangements unfold in a meticulously measured chaos. “Rise Up” opens demurely and quickly elevates to the level of a slow motion dance party with a hip-shake worthy beat. It all works to the point where The Cansecos have set themselves apart from their peers, and have done it in irreverent style”
-Chartattack.com

“Juices! is an admittedly dancey album. The group mixes it up with funky synth beats and vocoder-like vocals. The album’s title track is a minute-long musical spritzfest that gives the album an odd opening and makes the listener very curious about what to expect. “Raised By Wolves” starts off with a funky guitar riff and a poppy, upbeat-emphasizing groove. By contrast, “Fight Yellow” is a fast-paced keyboard-driven track that floats in and out of dissonant chords. This song bleeds into the track “Fog, Smoke, Steam” that rides on an ’80s-inspired synth horn background and laid-back bass line with haunting vocals that talk about dreams and secrets.”
-The Gauntlet

“Juices! is packed to the brim with shimmering dance-pop (think of The Postal Service on ecstasy)”
-Ottawa Xpress

“Decidedly rooted in solid, straightforward melody, and branches from those roots into strange and distinctive sonic territory, a whirring mix of the obsolete and the absolutely modern”
-pitchforkmedia.com (8.2)

“This band, composed of two Toronto natives, is poised to replace the Rapture as the rock/dance hybrid that everyone’s mooning over…If these guys put their minds to it, they could probably resurrect the Electric Slide”
-NY Observer 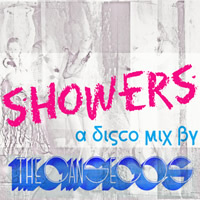 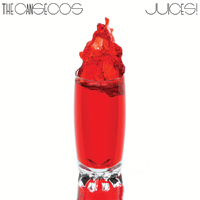 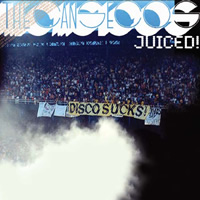 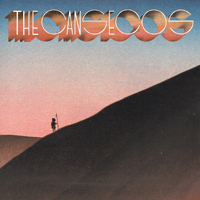